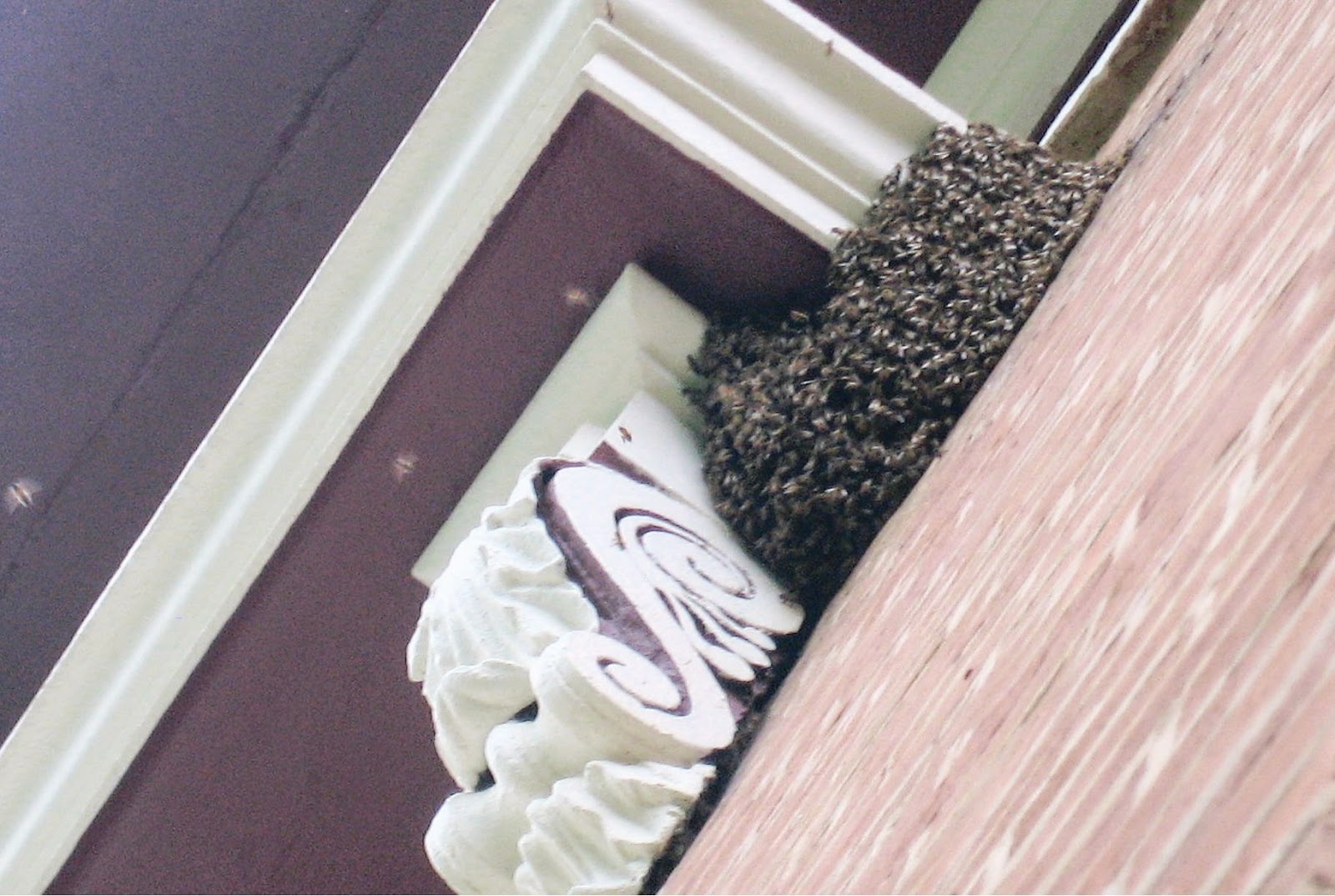 I was surprised to see this swarm of Honey Bees that had collected above the 2nd story window on the northeast side of the Mansion.   I immediately called a wonderful friend, Clayton Armstrong, that is a bee keeper among many other skills.  He immediately drove over from Paris and advised that the colony was building combs, but would not survive the winter in that exposed location.  We both care about the future of wild honey bees and Clayton volunteered to collect the bees with the help of his daughter Julie Wood.   He  went home to collect his custom built bee vacuum and enlist the help of his daughter.  Julie, being the more nimble, put on the protective clothing and climbed out onto the window sill.  It was amazing to see her carefully vacuum the thousands of bee into the special cage.  The bees remained somewhat docile, but some would explore the keeper's mask that Julie wore.  It had to make her nervous!  No one likes to be stung.  With father coaching, they managed to collect most of the bees and transport them to a hive on the Armstrong farm.  With this plan, Clayton could monitor the bees and later divide the colony and move half the bees back to the grounds of the Benjamin House in a hive that would allow them to survive the winter.

Read more »
Posted by Mansion Mike at 8:09 PM No comments: