Work on the mansion goes fast at times, but a lot of ideas are slower in developing.   A friend, Jack Klotz, is very interesting and has nice antiques in his home.  One day he was telling me that he had driven to the east coast for a large piece and safely brought it to his house.  Just getting it into his house looked daunting to me, but it opened my mind to the concept that travel over 1,000 miles is a "Possible" task!  This lesson did not prove fruitful immediately, but my search for a cook stove, refrigerator, and oven turned up my target appliances in south Texas!  Without Jack's spirit, I probably would not have considered the purchase.  After a lot of negotiation, the owner and I agreed upon a price.  Now, to make the trip, I rent a trailer, and move these items.  The stove weighed over 450 lbs by itself!  Upon meeting Ali and Mike we found many things in common.  They are a military family as was I with the name "Mike".  Their oldest was born in Germany as was Monika  and they have a son named Niklas, as do we!  More than just a stove in common.
The trip down went well and I recruited the help of daughter Monika and her amigo Jeff in Dallas.  They were strong and resourceful in the packing.

The trip back started interestingly as the trailer is clearly marked at a 55 miles per hour limit and NO ONE in Texas goes 55.  It got even more crazy as we reached Dallas due to the fact that the Texas State Fair was in session on our approach to Dallas.   For a small town fellow, this was more than exciting.  We made it to their house in the North Dallas area and took a well deserved break.  At 2:15 AM I awoke and sensed a storm moving into the area and decided to depart for Shelbina early.  This early departure allowed me to miss most of the storm by fleeing to Oklahoma.  You know, they drive just like Texans and everyone was flying past me again.
The 900 mile journey home went well and the storm never caught me.  I constantly drove with one eye forward and the other eye on the rear view mirrors. 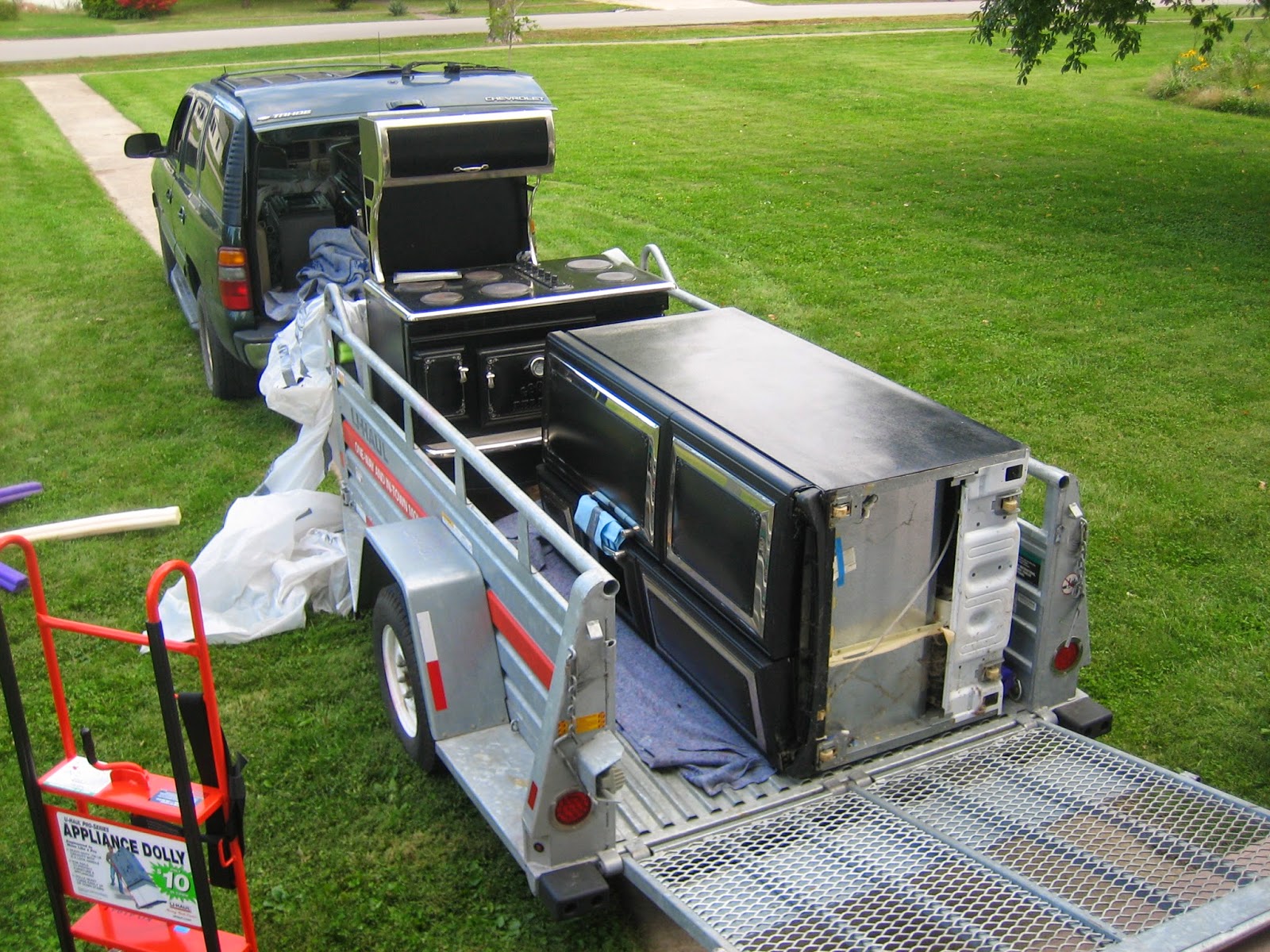 Now, the last few feet had to be solved and once again friends came to the rescue.  Asking Buddy Ratliff of Brown's Furniture got me a professional mover and his faithful sidekick Tonto from Brown's.  Then Shelbina Lumber sent help and the big guns came from Center Street Auto.
I had several good plans for getting the appliances into the house with rollers and plates, but these guys just picked up everything and carried it into the house!  So much for plans.  Moral of the story is "friends are the most important ingredient in success".  Thanks everyone.

Fall activity in the yard

The flowers are such a joy each Spring and Summer, but in the Fall we must do a little work.  Marilyn and I gathered seeds from the day lilies and spread them along the end of each row.  We hope to slowly extend the lines of flowers.  Next, we take the gas powered hedge trimmer and cut the foliage close to the ground and rake up the leaves.  It is really exhausting to bend so far over to cut the leaves.  Chase Moellering helped this year and he is a hard working 7 year old.  The Cali Lilies need to be dug up and the bulbs allowed to dry a bit before storing in the basement for the winter.  Finally, it is time to trim all the bushes and privet hedges.  I hate to look at straggly looking bushes all winter.  Hope not too many limbs fall out of the trees!  The old soft maples provide shade, but they are at an age to break easily and every high wind brings down something.  Better get to work now.
Posted by Mansion Mike at 8:14 PM No comments: