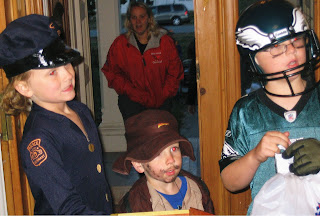 HALLOWEEN 2012     This is for those who could not attend Halloween at the mansion or who ran away screaming when we opened the door.  Several  did refuse to climb the steps into the house or ran away. 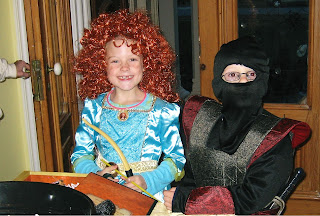 The flowers of spring are special and the holiday parties are festive, but Halloween at the Benjamin House is wild, wild, wild!  This year started with one group of  youngsters beating us to the front door.  I heard the tiny knock, knock, knock and ran for the 10' tall door.  Marilyn was yelling "don't scare them" as we had seen the children when we drove in the driveway.  I reached the closed door and pounded the solid wood and roared like a lion (ignoring Marilyn's admonition).  When the door opened,  two children were running down the steps to the protection of their mom.  We smiled and coaxed them back up the steps to the "treasure of candy".  Marilyn gave me "the Look".  Can you imagine if I would have worn a mask?  Soon our Halloween partners, Rose and Danny Fitzhugh", arrived to help with group after group of costumed invaders.
Another funny story involved an attractive young woman who was hesitant to enter the house.  She walked back and forth on the sidewalk and finally came up the stairs.  "Have you seen a tall bananna", she asked?  Well, we had seen a 6' one about five minutes before, but her son "The Bananna" had left for another house.  Banannas are quicker than you might think. 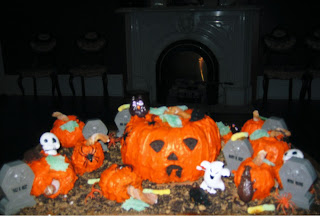 I ate a whole pumpkin (that Rose Fitzhugh made).  It is hard to maintain a diet around her. 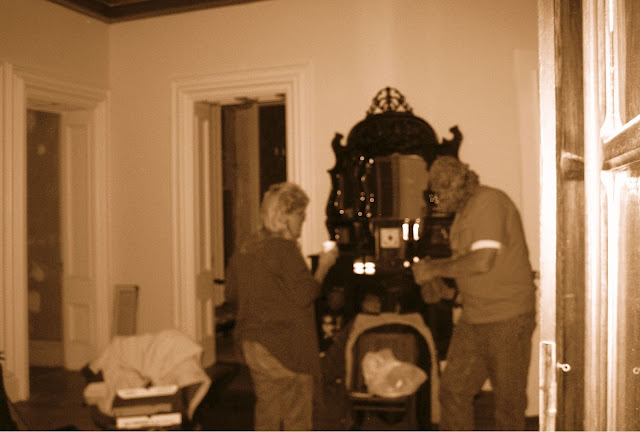 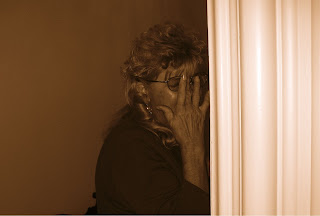 A sasquatch was sited in the house, but we are unsure if it was there to make a TV commercial or just lives nearby.  Perhaps it lives near Lakenan.  It scared poor Rose Fitzhugh.
Posted by Mansion Mike at 9:11 PM